Mozart’s masonic music falls into three broad categories: the music he wrote specifically for the lodge, music intended for the public but built on masonic themes, and music he wrote for other purposes, but which was adapted, either by himself or others, for masonic use.

During the period of Mozart’s lifetime, Masonry was prominent in Viennese society. Mozart himself was eleven years of age when he composed a song set to a Masonic text for his physician, a Mason who, treating the boy for smallpox, had saved him from being pockmarked. When he was twelve, Mozart also composed Bastien and Bastienne, a small work still performed occasionally; its first performance was in the gardens of Dr. Anton Mesmer, whose theory of animal magnetism was libeled by Parisian medical opponents as "quackery." Dr. Mesmer is today best known for "mesmerism," quite often misrepresented as being the same as hypnosis.

Many of Mozart’s early contacts were Masons, some of them close friends. Others were members of Illuminati circles flourishing at the time. In Paris, the Comte de Cagliostro — not a charlatan as certain vested interests to this day would have us believe — tried to purify the existing Masonic lodges in France, and finally set up his own "Egyptian Rite" which admitted women as well as men in a kind of "Adoption" adjunct. Some suggest that Mozart knew Cagliostro and that the name Sarastro, given by the composer to the High Priest of Isis and Osiris, was an allusion to Cagliostro. More generally, however, the name is thought to have been derived from that of Zoroaster or Zarathustra, a reformer of the ancient Persian religion.

The story of The Magic Flute deals with the entry into a course of spiritual development by Prince Tamino, son of a king who evidently had some acquaintance with the training since he had spoken to Tamino rather often about Queen of the Night, leaving Tamino with "unbounded admiration" for her. That Tamino is attired in Japanese clothing already introduces an Oriental note. The beginning of the opera indicates the preparatory labor that Tamino and Pamina — the leading feminine character — must perform on the threshold of their initiation. As for Papageno, a Birdcatcher, standing for average humanity, and his later companion Papagena, they undergo corresponding mini-trials, "but in a tone of comedy." 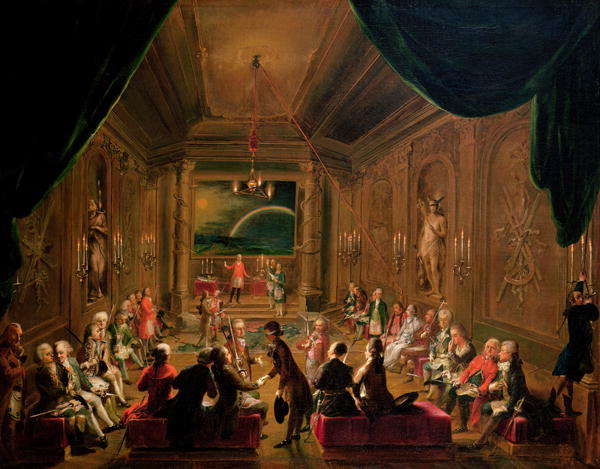