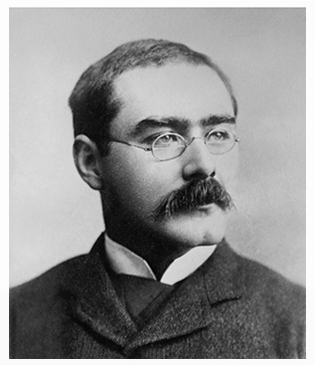 Born in Bombay, India, Rudyard Kipling was educated in England, returning to India in 1882. As a poet, author and recipient of the Noble Prize for literature in 1907, he published over 80 stories and ballads. Most of his work celebrated the English Empire and its soldiers in India.

Although only active masonically for a few years, Freemasonry's effect can be noted in many of his works.